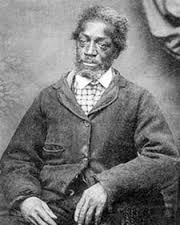 Isaac Riley and his wife and children were the first settlers.

Mob violence was the next option for those opposed to the settlement. King was to meet the Government Agent and a surveyor from Chatham to have the land in Raleigh Township surveyed. The surveyor informed Larwill who assembled “a number of Roughs (who) came out to drive us off the land.” (80) But the Government Agent had become ill and the meeting was called off, but not before Larwill, the surveyor and “the Roughs” had spent the day in the woods drinking and threatening what they would do to the minister when he appeared. “A few coloured men in Chatham who had heard of the threats made against me by Larwill and others went out armed to the land under the pretext of hunting, as it was the fair season, but really to protect me from violence should any be offered. They continued all day on the land hunting. Had I come out that day there probably would have been bloodshed. “ (80)

“When informed of the treachery of the surveyor, I paid him off and employed another who remained with me until I divided the block into lots of 50 acres each and prepared it for settlement. I purchased 100 acres in the middle road and moved unto with my coloured servants.” (81)

Word of the settlement had travelled far and wide. When he and his former slaves moved in Rev. King found that he already had coloured neighbours. “Isaac Riley had entered on a lot adjoining mine as he told me afterwards that he might be near the School and Church to give his children a good education. He had just come from Missouri with his wife and four children. His Master was about to sell him to the South. He got word of it, crossed the Mississippi River into Illinois, made his way to Chicago, got on a boat that took him to St. Catherines, where he heard of the Elgin Settlement. He returned back with his family to Detroit and from there made his way to Buxton, entered 100 acres of land and became one of the best settlers.” (85)

I like the Rileys’ sense of agency. They, like so many of the refugees who were to head to Canada, were bold in their actions. They “made things happen”.  I invite you to think of those you have met who have that same sense.